Lighting, cooking, and dining: Barebones expertly crafts the essentials for Airstream life at its finest.
40.7608°N, 111.8910°W
Salt Lake City, UT, USA
Barebones began with one of the simplest of human needs: Shelter. After designing low-cost, portable shelters for disaster zones and the developing world, the team that would become Barebones moved on to bringing portable solar electric to the jungles of Congo. At the helm of this creative team is philanthropist-entrepreneur Robert Workman. Barebones is just the latest in Workman's catalog of brands built to develop products addressing our fundamental needs. The team focused the core of their collection around food, fire, and light. Taking inspiration from vintage styles, shapes, and forms of the early 20th Century, Barebones marries functionality, beautiful design, and flexibility in an incredible collection of outdoor lighting, cooking, and dining gear. 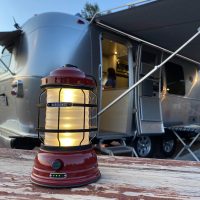 Light up your campsite with Edison lights from Barebones 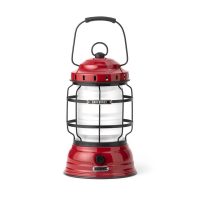 $80
Vintage-inspired, ultra-portable, and energy-efficient. Let the warm glow of the Forest Lantern by Barebones light your campsite. 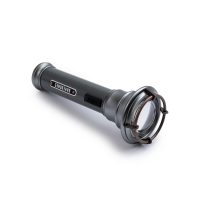 $70
A flashlight with a unique vintage appearance, powered by modern LED functionality.

$70
Three LED Edison lights connected by a single cord and powered by USB portable charger add illumination and ambience whether you’re off the grid or in the heart of the city. 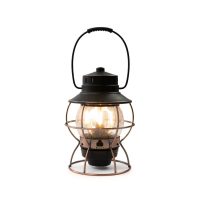 $100
A beautiful, rustic lantern to light your campsite. LED Edison-style bulbs charge with USB.
Barebones equips us to cook with fire and light our world when night falls.

Tools for Boondocking and Beyond 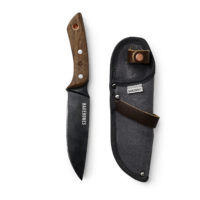 $80
An indispensable outdoorsman’s field knife for wherever the journey takes you. 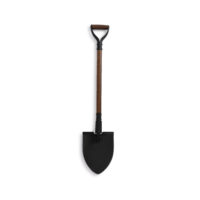 $100
Lightweight, collapsible, and tough enough for clearing debris, covering campfires, and the challenges of boondocking. 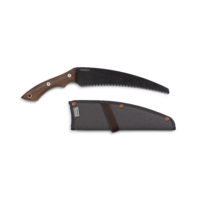 $70
The Timber Saw provides a quick, clean approach ideal for cutting smaller pieces of wood at a campsite, cutting off branches and deadwood, and pruning trees. 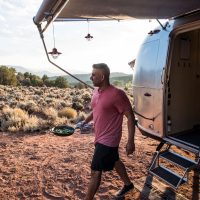 Embrace the art of open fire cooking at the campfire – or the Airstream galley. 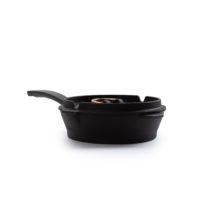 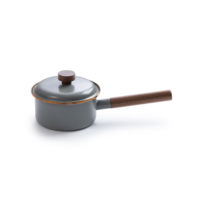 $50 – $80
Make what you love to eat wherever you love to be with this attractive enamel saucepan. 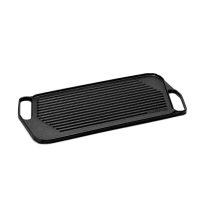 $75
This pre-seasoned cast iron griddle by Barebones is perfect for cooking a large meal for your friends and family over the campfire. 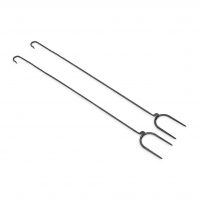 $25
The perfect tool for getting those roasted marshmallows just right.

Airstream Supply Company is excited to bring Barebones to the Airstream world. Their products transform the camping experience, and we think you're going to love them as much as we do. 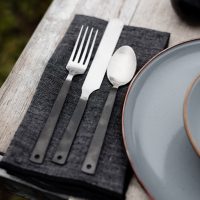 Stock your galley with beautiful flatware, enamel dishes, and the best knife we've ever used. 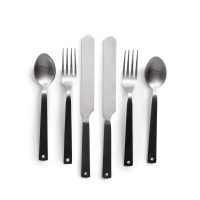 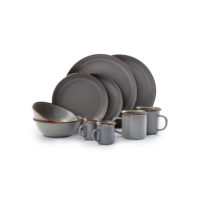 $17 – $22
With vintage-inspired designs and antique copper detailing, these durable enamel dishes will add a touch of sophistication to your dining area. 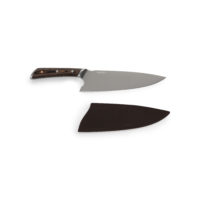 $70 – $110
From the campsite to the home kitchen, these culinary knives from Barebones will elevate your cooking game. 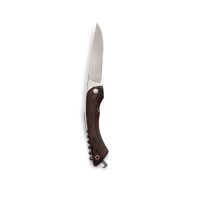 The Birth of the Barebones Brand

Early on, the crack team at Barebones developed a state-of-the-art emergency shelter. While they have taken on more projects and developed a host of other products since, their portable, pop-up shelters have been sent to Puerto Rico, the Bahamas, Nepal, and beyond. They're used as temporary housing during disasters, as impromptu medical clinics, and maternity wards. 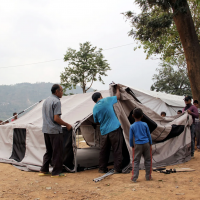 With the rugged demeanor of a rancher, Robert Workman has spent his career finding ways to give back. It's his life's work, where time and again, Robert has created businesses around both profitability and philanthropy. They deliver solutions to those less fortunate, and in the process create products that people everywhere will find useful. Giving back, lifting up, solving problems – those are core tenets of the businesses Robert builds. 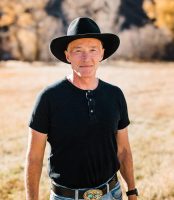 “Our family has always been involved in philanthropic work," says Robert, remembering his childhood. "Those are just some of the morals my parents instilled in us as kids growing up – a work ethic, but also a give-back ethic.”

"Ask yourself: If not you, who? If not now, when? Have the courage to act on your inspiration. No one can do it alone; we need a community to help us create positive change.”

Much like Airstream founder Wally Byam, Robert's entrepreneurial spirit began at a young age – and led him to numerous opportunities as he grew older. Along with those opportunities, Robert learned how hard work can pay off in the long run. At the age of seven he was popping popcorn and selling it on his block, learning the value of exchange. As a teenager he built pasture fences and realized in the process that if he built it well enough, it might last another 50 years. When he sold his first business, he turned his efforts to philanthropic entrepreneurship. He founded Tifie to build emergency shelters, and founded Goal Zero in order to bring power to rural communities in the Congo. While he's no longer involved with the company, today Goal Zero has expanded around the world and developed everyday power solutions for a variety of uses. 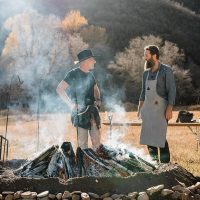 Growing up in a ranching community in Northern Wyoming, Robert learned the value of tools that perform well and last. He learned to value the land and the simple pleasure of living simply. So it was only natural that Robert would return to those agricultural roots with Barebones. From finely crafted axes and hatchets to enamelware that's as exquisite as it is durable, Barebones takes good design seriously as they build some of the finest camp gear we've ever laid hands on. 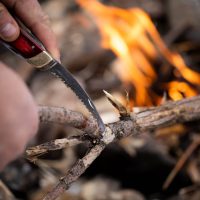 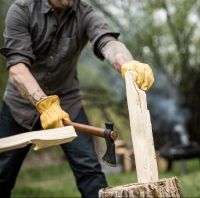 Some our Barebones favorites are their line of beautiful, vintage-inspired Edison lanterns. From string lights to large tabletop lanterns, the Edison light collection from Barebones will light your campsite with dimmable brightness to set the mood. And modern battery and LED technology means the lights are rechargeable, energy efficient, and have a long runtime.

$80
Vintage-inspired, ultra-portable, and energy-efficient. Let the warm glow of the Forest Lantern by Barebones light your campsite. 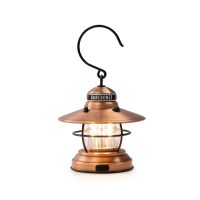 $40
Vintage style combines with LED technology in the Mini Edison Lantern by Barebones.

$70
Three LED Edison lights connected by a single cord and powered by USB portable charger add illumination and ambience whether you’re off the grid or in the heart of the city.

Your Airstream is a blank palette upon which you can create your own style. The dinnerware and servingware from Barebones is some of the most finely crafted and beautiful plates, cups, and silverware we've ever used. Shatterproof enamelware anchors the collection with a gorgeous pale gray tone, while dinnerware is available in both polished and matte finishes.

From Barebones's sister brand NoBox, we've also brought in one of the best value chef's knives on the market. Super sharp, with an included leather sheath to protect it in your Airstream galley drawer, this chef's knife performs like a much more expensive knife for a fraction of the cost. Its impressive cutting ability makes it the first chef's knife to hit the Airstream Supply Co. collection.

$17 – $22
With vintage-inspired designs and antique copper detailing, these durable enamel dishes will add a touch of sophistication to your dining area.

We love Barebones. We think you will too. 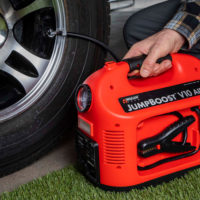 Be ready for anything your adventure throws at you with emergency and preparedness products from Airstream Supply Company. 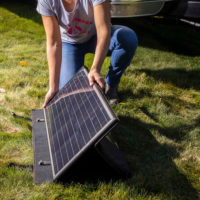 Made in America and easy to use, we love the portable solar solutions from Zamp Solar. Hit the road to power independence with a full collection of Zamp solar panel kits and accessories.