The Arkansas River carved the valley surrounding Salida, but it's the kayakers and rafters flocking to run its rapids who've made Salida a riversports destination.
38.3708°N, 105.6879°W
Cotopaxi, CO, USA
The raft tipped, tossing Matt Kanz into the froth of a Class 5 rapid. He went under and didn’t come up. All around him the water coursed, its icy fingers pulling and gripping, as if it might pull his life vest clean off. The water was moving around him, but Matt wasn’t going anywhere.

“I realized my life vest was snagged on a log,” Matt remembers, steering his diesel pickup along Route 50, heading out of Salida, Colorado along the banks of the Arkansas River. “I was stuck, and the water was all around me.”

This wasn’t a singular experience for Matt, though it may be one of the memorable in his time as a river guide.

“Once, the raft flipped and I ended up underneath it with one of the folks on my tour,” he recalls. “We came up under it, and this guy just kept grabbing at me, trying to pull himself up and in the process pulling me down.”

They tumbled along, carried by the current under the upturned raft until Matt could convince his companion to stop pulling him under and work with him to get out from under the boat. 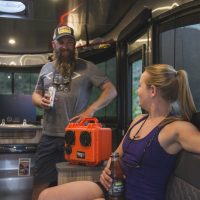 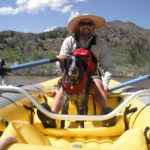 As we drove, watching the river wind below us, Matt recalled his adventures – both the harrowing and the heart warming. Tales of bears foraging along the riverbank and deer scattering up the hillsides. Of bighorn sheep butting heads, their tiny hooves clutching at the boulders above as the raft passed below.

“It’s magical,” he says. “Water’s a powerful force, and once you get on it and feel what it can do – it can kill you. And you’ve got to respect that. But with that you also respect the beauty around you even more – the rawness of this valley.”

The Arkansas River shaped this valley in ways both physical and metaphorical. Winding like a snake from its headwaters in the snowpack of the nearby Sawatch Range, the Arkansas is the sixth longest river in the United States. It flows roughly east from the mountains, through Kansas, Oklahoma, and Arkansas before meeting up with the Mississippi River. It drops quickly out of the mountains, coursing down 4,600 feet of elevation over the course of 120 miles and creating some of the country’s most challenging rapids.

“We haven’t had as much snow up in the mountains,” says Matt. “So there’s not a lot of meltwater coming down.” Efforts have been put in place to maintain the flow, with dams releasing water at regular intervals to keep the water level high enough for kayaking and rafting.

For a community like Salida that relies on the river for commerce and tourism, the river’s height is of utmost importance. Salida claims the honor of being the home of the first recreational boating on the Arkansas. In 1949, six boats raced down the raging Arkansas. The above-average snowfall in the mountains delivered spring runoff for the ages, prompting one boater to call entering the river “An invitation to death.” Over the years, the races on the river have shortened, and the annual FIBArk Festival (First In Boating on the Arkansas) has evolved into a Salida celebration of music, art, and adventure.

“Everybody loves FIBArk,” says Matt, who camped in an Airstream Basecamp X with several friends at the Vallie Bridge Campground near Salida. They forewent the rapids for a leisurely paddle in one of Oru Kayak’s collapsible boats.

“The river – it’s a wild place to come to,” says Matt as the friends settled in to their camping spot. “It can show you a good time, or it can slap you.” 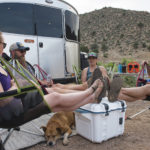 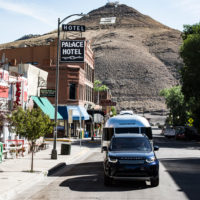 Whether you’re taking in the view or battling racers up the side of it, S Mountain is an iconic piece of the Salida landscape. 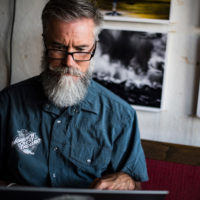 The Spirit of the Rockies

Pull up a seat at the bar with PT Wood – master distiller (and Salida, Colorado’s mayor). 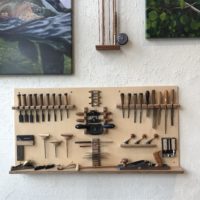 Some may have started with birdhouses, or a set of shelves. Jeff Bamburg set out to build a guitar. 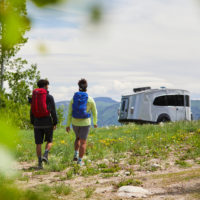 It’s easy to become an environmentally-friendly traveler and Leave It Beautiful wherever you go. 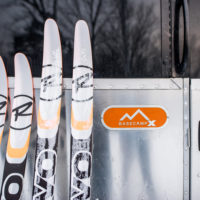 Nordic skiing is a great way to get outside in the winter months, and Edson Hill in Stowe, VT is one of the best places in the country to explore this exciting, calorie-burning sport.