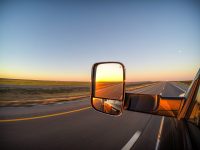 More than simply a stretch of endless cornfields and factories, there are plenty of reasons to believe the Midwest is the Best.
40.4395°N, 84.0402°W
Jackson Center, OH, USA
Flyover Country. The Middle Coast. The Rust Belt. There are plenty of nicknames for the American Midwest, most of which lean hard into the perception that everything here – miles from the nearest saltwater – is boring. While it's true that cornfields and beans fields and flat expanses stretch as far as you can see here, that doesn't mean there aren't gems to explore. And at the heart of the American Midwest is the great state of Ohio – literally heart-shaped – where some of the most interesting destinations reside.

Whether you're in Ohio visiting Airstream's Jackson Center production facility and service center, or – yes – just passing through, we've got your guide to getting the most out of the Midwest.

We may be a bit biased. Since 1952, Airstream has called Jackson Center, Ohio home. Founded in 1931 in Los Angeles, by the mid-20th Century, Airstream founder Wally Byam was looking for an eastern distribution point. Mythology persists as to why he selected this sleepy Ohio farm town. We like to think it had something to do with the can-do attitude and friendly demeanor of the locals. Whatever the case, Airstream's West Coast operations were shuttered in 1979, and every Airstream since then has been built from the wheels up here in west-central Ohio.

Every year, thousands of Airstreamers make the pilgrimage to The Mothership. They come to take Airstream's popular factory tours, to visit during the annual Alumapalooza festival the week after Memorial Day, and to get upgrades and service on their travel trailers and touring coaches. For four decades, Jackson Center has been the center of the Airstream universe. Stop by and we'll show you why. 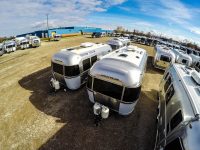 This guide to Jackson Center and the surrounding area was built with the Airstreamer in mind. But you don't have to be an Airstreamer to take advantage of everything Ohio has to offer. Whatever your reason for visiting the Buckeye State, we've got your guide to getting the most out of your stay.

We won’t blame you for passing on the Cincinnati-style chili in favor of Ohio’s more nuanced culinary wonders.

Raise a glass to O-HI-O

Like the rest of the USA, Ohio is experiencing a craft beer Renaissance. Quench your thirst with our guide to Ohio’s best libations. 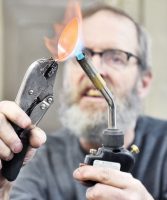 From flatware to fine art

Get ready for travel season with our guide to getting your Airstream prepped and ready. 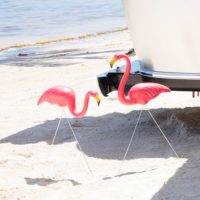 Love ’em or loathe ’em, the iconic pink flamingo is a symbol of retro kitsch and travel trailer life at its best. 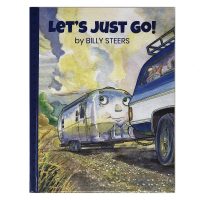 $15
The delightful story about Snug, an Airstream travel trailer who discovers the joy and freedom of the road. 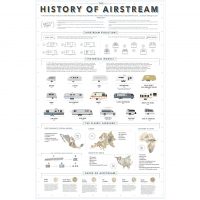 The History of Airstream Print by Pop Chart

$40
Never before has so much Airstream history been collected in one, beautiful print.

Airstream partnered with celebrated children's book author Billy Steers to create "Let's Just Go!", the story of a reluctant Airstream travel trailer who discovers the joy and freedom of the road. Check out our extended conversation with Steers about the process of creating the book's main characters: Snug and her tow vehicle Tee Vee. We also commissed an exclusive History of Airstream print by renowned infographic makers, Pop Chart. And if you're looking for great beef jerky to keep you fueled up while you're out on the trail, look no further than Yants. Hand-cut and made in small batches just down the road from the Airstream Mothership, Yants produces delicious beef jerky that's known regionally as the best.

An Airstreamer's guide to Jackson Center, Ohio and beyond on Roadtrippers

Come for one of our most unique National Parks. Stay for a desert oasis of art, culture, music, and food.

Dive into an Autumnal explosion with our guide to the best leaf peeping in Vermont.